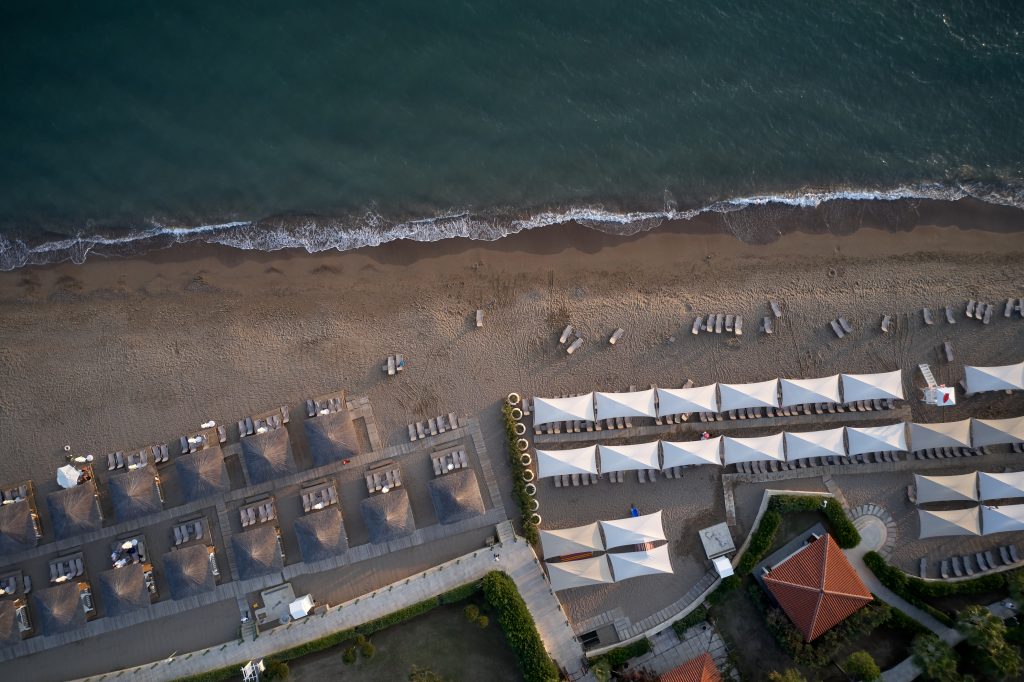 Climate change may be having serious negative consequences on the health and stability of coastal and marine ecosystems. In addition to contributing to coastal erosion and floods, rising sea levels also increase the rate at which salt water seeps underground.

If winds are blowing in from the ocean, the temperature of the land around the shore can be affected by both warm and cold currents. Coastal areas are kept warmer than inland areas thanks to the usage of warm ocean currents, which warm the air above the water and transport it inland.

The most obvious signs of climate change in coastal areas are sea-level rise, an increase in atmospheric and oceanic temperatures, varying precipitation rates, and an increase in the frequency of extreme weather events. The main causes of sea level change are the thermal expansion of oceans and the melting of polar ice. Also, the following issues arise in coastal areas as a result of rising sea levels:

Degradation of coastal ecosystems, loss of livelihoods and important community services are all possible outcomes of these effects.

Protecting the remaining mangrove forests and fixing the damage done over the past few decades are essential steps toward ensuring the survival of mangrove ecosystems in the future. At Dash Outdoors, the unique Marina Mangrove Tour is intended primarily for the more active travelling who want to discover the mangrove’s wondrous features and spectacular beauty in a manner that is slightly different from the traditional means.

Although plastic debris is mostly only an eyesore to us, it poses serious health risks to the marine species that live in the area. Plastic can easily become trapped in marine animals’ throats, beaks, feet, wings, flippers, and fins, hindering their mobility and preventing them from catching food for themselves.

Accidentally or intentionally, marine creatures frequently ingest plastic, leading to intestinal obstructions and death. It has been proven that marine species suffer from these blockages, with some even dying due to internal injuries, decreased immunological function, and stunted reproduction.

Turtles are a popular case in point since they frequently mistake plastic bags for jellyfish and try to eat them. The accumulation of plastic on beaches can also disrupt a variety of other vital biological procedures.

Seeing the beach’s natural beauty ruined by trash is almost as bad as not seeing the beach itself. Having people see plastic waste firsthand is one of the main advantages of conducting a beach clean-up.

Beaches also play an active part in helping to reduce the effects of climate change. They perform the function of a natural buffer and shield the coastline from the potentially devastating impacts of strong winds and waves formed by powerful storms.

When people participate in beach clean-up programs organised at Dash Outdoors, they get a first-hand look at the amount of plastic debris on the beach and a better appreciation for the work that must be done to eliminate plastic from the marine environment.

Beach clean-ups help the marine ecosystem by eliminating the plastic from it, but in the long run, they help by providing data to local scientists and environmentalists. Information on the most frequent types of plastic found on the beach and where those plastics come from can guide other conservation efforts to reduce plastic usage.

The world’s population is rising, development is continuing, and major climate change-induced disasters are more likely to occur, all of which have had negative effects on the built and natural surroundings.

Property, infrastructure, coastal businesses, and marine ecosystems are all at risk from the effects of climate change.

When it comes to fixing the physical damage that natural catastrophes create, the building sector and built environment specialists play a key role. To what extent a community may recover after a natural or man-made disaster depends on the strength of its built environment.

Already, infrastructure and structures are being harmed by climate-related phenomena such as rising sea levels, intense rainfall, and scorching temperatures. Some coastal infrastructure may become useless in the future.

The built environment’s design must anticipate the effects of future climate and land-use change and integrate solutions to mitigate the effects of warmer air, reducing the need for artificial cooling and heating.